Best Time To Sell A House

Best Time To Sell A House 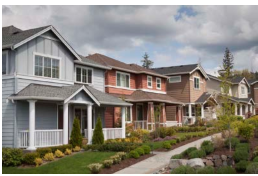 What’s the best time to sell a property?

Spring is still a great time to sell

Inventory levels have been dipping, and this decreased inventory is possibly affecting the best time to put your property on the market. According to a Zillow study in 2015, mid-March to mid-April were the best times to list a house for sale. This changed in Zillow’s 2016 survey, when lowered inventory levels began to shift the date range later. Zillow’s updated data stated that May 1-15 was the best time to list for the United States’ biggest metropolitan areas, partially driven by families who were looking for homes before the new school year. Homes listed May 1-15 [sold] about 18.5 days faster and [for] 1[%] more,” according to Zillow.

Listing your home in winter can also work well because listing earlier helps a property stand out when there are fewer listings and more people browsing. A Redfin study of data from 2011-2013 that took into account 19 major markets found that “homes listed 12/21-3/21 had a 9% greater chance of selling within 180 days,” with prices closer to the original asking price.
This is compared to houses that were on the market from March 22-June 21. Houses listed June 22-September 20 fared even worse, with houses listed during the winter months having a 10% better chance of selling at or near the asking price.

The lack of inventory is affecting buying. This is especially true with winter buyers, who are looking for a home that fits their needs at that time. They want to buy, but have fewer options to choose from.

What about day of the week?

Listing towards the end of the week allows homes to catch the eyes of potential buyers who plan on visiting properties or attending open houses during the weekend.

Since many homes are listed over the weekend or on Monday, they can get lost among the influx of new listings. Redfin found that a Thursday listing has a 22% possibility of selling above the list price, with Wednesday at 21.1%. Thursday listings also had a 98.4% average sale to list price percentage. Wednesday and Friday trailed a small amount at 98.2%.

If you’re looking to get the maximum price for your home, then spring is still the best time to sell. The continued lack of new inventory is pushing higher prices. If you’re looking to quickly sell a property, September to November are the best times. You’ll also sell faster by listing on Thursday, with a higher possibility of making more money.
Take a look at your local market trends to pick the exact time that’s best to sell for you. Spring will likely be the safe bet, but the exact month for maximizing your ROI may be outside the previously reliable May date range.